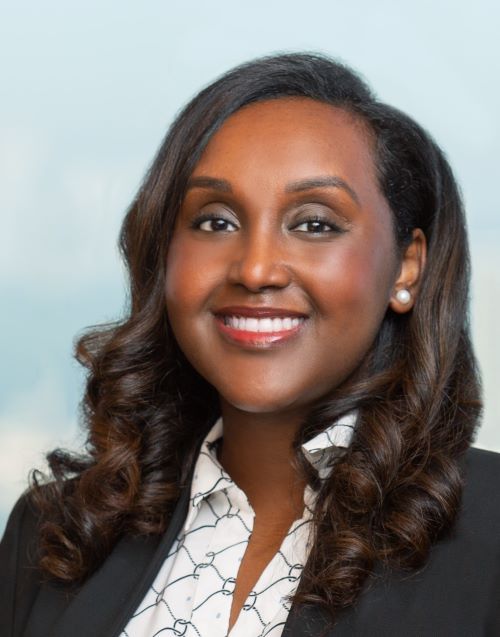 Fatima Hassan Ali represents clients in complex commercial litigation and intellectual property disputes in state and federal courts and is based in Jones Day’s Houston office. Her experience also includes assisting with an internal investigations.  Prior to joining Jones Day, Fatima worked at a trial boutique firm in Houston and clerked in the U.S. District Court for the Southern District of Texas, one of the nation's busiest federal courts.

Fatima has an intensive pro bono practice and has tried eight jury trials on behalf of the City of Houston as a volunteer prosecutor. Prior to law school, Fatima worked with the United Nations in Geneva focusing on gender-based violence in humanitarian crises, with a philanthropic consulting firm, and as a legal intern with the government of Rwanda where she helped draft legal instruments related to strategic foreign investments. In 2012, she was awarded The White House "Champion of Change" for American Diaspora leadership.  Fatima was previously a co-chair of the Diversity and Inclusion Committee of the Houston Young Lawyers Association and a member of the International Human Rights Committee of the State Bar of Texas.  Fatima is a naturalized citizen, a proud Somali American born in Saudi Arabia.