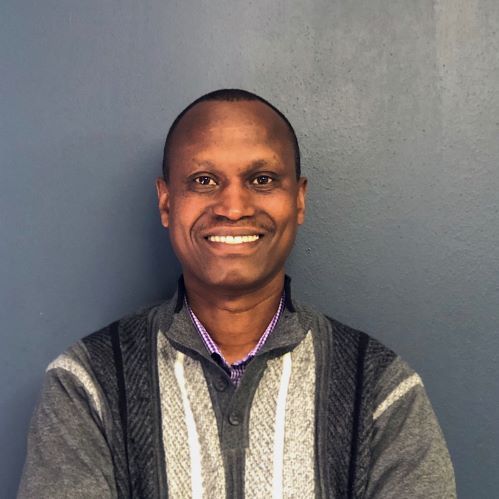 In 2009, following a disturbing inhuman mistreatment against him from the agents of the National Intelligence Service of Burundi and the police, he fled Burundi and went to ask for asylum in Rwanda. From 2009 to 2011, he worked in a law firm in Kigali as a file and project manager. He then had the honor of being part of a team of lawyers in charge of the study of the launching of a court for children in East Africa. He subsequently served as legal advisor to several public and private entities in Rwanda, including the Catholic Diocese of Cyangugu, of which he was the pillar of the defense and successful in a file of more than 250 million dollars.

In 2012, Désiré and his family came to the United States in Austin, Texas. He was received and accompanied by Caritas of Austin in the difficult beginnings of the life of a refugee in a foreign country. Then, he was sent to a non-profit organization Interfaith Action of Central Texas (iACT) to learn English. After two weeks, he was hired as an interpreter for his refugee friends who speak French, Kinyarwanda, Swahili and Kirundi within the same organization. He later worked as a Nursing Aide in Nursing Homes. Parallel to this, he worked with Austin Independent School District as Refugee Parent Support Specialist, and with multiple non-profits among others, Refugee Service of Texas, Translation and Interpretation Network, Master World, and American Gateways as interpreter and translator for the French, Swahili, Kirundi, and Kinyarwanda.

Today, Désiré works as a Refugee Program Assistant at Interfaith Action of Central Texas. He continues to work as a volunteer with American Gateways, and Justice for Our Neighbors in quality of Multilingual French-Kinyarwanda-Kirundi-English Interviewer. Desire is married to Beatrice Gasage and they have three children, daughter Tricia Ella Mugisha, and sons Andy Michael Muco, and Dan Davis Iriho.

Refugee Services of Texas' (RST) offices remain closed with limited access to help stop the spread of COVID-19. RST case managers are available by phone, text, or email for clients only.

RST will also continue to adhere to our safety protocols currently in place and will require masks to be worn by all of our staff and volunteers when interacting with the families we serve in communities across Texas. *Volunteer Trainings will remain virtual at this time*