Time to reclaim our role as a welcoming space for refugees 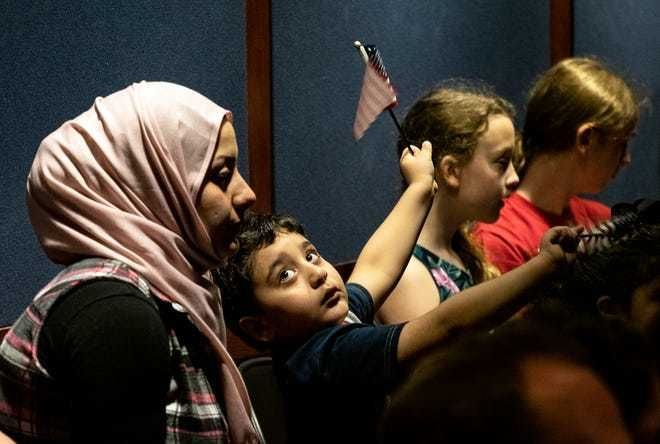 “Land of the free, home of the brave.” We as a nation are nothing if not marked by our high ideals, though we may not always achieve them. But with the end of one era and the beginning of a new one, citizens of Texas are eager to share the American Dream with hundreds of new faces from all over the world.

Founded in 1978, Refugee Services of Texas (RST) is a social service agency dedicated to providing help to refugees and other displaced persons fleeing persecution based on their race, religion, nationality, political opinion or membership in a particular social group. Many refugees undergo traumatic experiences in their home countries and during their journeys to reach their new country of residence.

The U.S. Refugee Admissions Program ensures refugees are protected against forced return to their homes, placed with a sponsoring agency following security vetting and health screenings, and provided basic necessities and core services during their initial resettlement in the U.S.

But during the Trump administration, the number of refugees allowed for resettlement was lowered from a historic average of 95,000 per year since the refugee resettlement program’s inception in 1984 to just 15,000 in 2021.

This is a problem for tens of thousands of refugees who have been waiting years in temporary camps to restart their lives in safety. Around the world, 79.5 million people have been forcibly displaced from their homes. That’s the most since World War II, according to the U.N. Refugee Agency (UNHCR).

And now, as the Biden administration prepares to take office, the refugee program is poised to take off once more. And if past trends hold true, Texas will benefit greatly from new refugees who will help renew our country, our economy and our virtues. Refugees contribute millions of dollars each year to the economy through consumer spending and business start-ups, resulting in a net positive financial impact. Refugees also help revitalize declining areas with vibrant communities, cultural festivals and an infectious desire to succeed.

As a presidential candidate, President-elect Biden said the refugee resettlement determination for FY 2021 will likely be adjusted to a minimum of 95,000 refugees and, perhaps, as many as 125,000 refugees.

Texas has consistently been among the top resettlement states, resettling over 88,000 people from 2002 to 2019. In 2020, Refugee Services of Texas welcomed just 788 refugees and SIVs (Special Immigrant Visa holders) across its five locations in Texas (Amarillo, Austin, Dallas, Fort Worth and Houston), the lowest number the agency has ever resettled.

Texas is willing and able to resettle many more because community partners including volunteers, churches and other faith-based groups, business owners looking for talent, and a welcoming city government have made it their mission to be good neighbors to refugees.

About 85 percent of refugee clients become self-sufficient within 180 days of their arrival—and after five years, most refugees apply for U.S. citizenship.

Not only has the nation’s resettlement program enjoyed bipartisan success throughout its history, but it has also been shown to be one of the most beneficial programs to the health of the U.S. in so many categories – from economic outcomes to advancing America’s interests abroad and keeping our soldiers safe.

The year 2021 is the year to reclaim our position as a world leader in freedom and justice for all—and for Texas, one of the friendliest states to refugees, to right the wrongs of the last four years by declaring to all refugees, “Welcome home.”

Russell A. Smith is CEO of Refugee Services of Texas.

Find the full OP-Ed in the Austin American Statesman HERE!

Refugee Services of Texas' (RST) offices remain closed with limited access to help stop the spread of COVID-19. RST case managers are available by phone, text, or email for clients only.

RST will also continue to adhere to our safety protocols currently in place and will require masks to be worn by all of our staff and volunteers when interacting with the families we serve in communities across Texas. *Volunteer Trainings will remain virtual at this time*